Can cannabis help with lupus? Patients recommend it, but research is lacking..

How To Grow Weed: A Step-By-Step Guide For Beginners 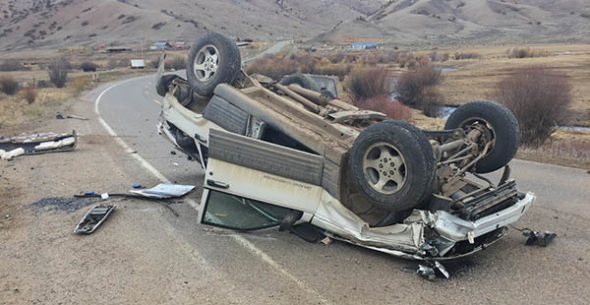 IT WAS A NORMAL MONDAY…

My personal journey learning about the connection between healing traumatic brain injury and cannabis started on March 27, 2017. It was a normal Monday, or at least I thought it was, until approximately 4:38 p.m., when my destiny was forever changed.

A stranger in a jeep pulled into our driveway with my son, who was suppose to be on his way home from the bus stop with his younger siblings. The words I heard from the stranger that day and the look on my son’s face will forever be engraved in my mind, “Come with us, there has been an accident.”

Lying next to the road with another stranger, I saw Sydnee my 15-year-old daughter, and I saw my 11-year-old son sitting with a blank stare on his face watching the surreal scene unfold.  Feeling helpless and scared, I fell to my knees by her side. Her face was cut up and swollen and she was unconscious. The stranger helping her, was just one of the “angels” I encountered that day. His name was Sam; he was the first person on the scene and he was a retired army medic and he knew exactly how to get Sydnee safely out of the vehicle.About a mile from home, we drove up to what used to be the family’s Jeep Grand Cherokee, upside down, crushed, bent and twisted like a steel pretzel.

The paramedics arrived and started working on Sydnee.

The lead EMT, pulled me aside and said, “Most people don’t walk away alive from a wreck like this.”

I knew that – and my mind was already battling the thoughts of “what could have happened to my kids.”

When we arrived at the ER it was like a scene from a TV show – doctors, paramedics, nurses rushing around; my children being shuttled into different examination rooms and Sydnee being put into a huge silver colored bag and hooked up to all sorts of monitors and tubes. She remained unconscious.That day, I watched all three of my children get loaded into an ambulance and rushed to the hospital. Sam drove me in. The entire 40-minute drive he talked to me about all of the things he saw that were good signs and we prayed together.

They ran a scan on her to see if there were any internal injuries or brain bleeding. As we waited for the results my oldest son, who was driving was crying and saying, “Mom, God got us out of that car alive.” I didn’t respond, but in my heart I knew he was right.

The doctors were concerned about inflammation in her brain. She suffered from a severe traumatic brain injury and the next few days were critical for her long-term recovery.

Our youngest child suffered from a lacerated liver so I stayed in the hospital room with them. I was too scared to fall asleep, because I wanted to make sure they both stayed breathing.

As I sat there, unable to sleep, I searched online for natural anti-inflammatory options. At the time, I was the youth substance abuse prevention coordinator for a public health office. Living in Colorado where recreational marijuana is legal, I was sent to several government sponsored trainings on marijuana.   The emphasis was always on the “negative effects of consuming marijuana at a young age.” Suddenly I remembered one slide where the presenter briefly discussed the potential anti-inflammatory properties of CBD. That was my “A-ha moment.” I realized that everything I had been taught and believed about this plant was false. I dove head first into anything I could find regarding cannabis and TBI treatments.

The more I read, the angrier I got at the negative campaigns the government posed against the cannabis plant. Our government has a patent on CBD for its anti-inflammatory, neuroprotective, and neurogenerative qualities.  I also learned about feeding the brain with high doses of essential fatty acids, specifically omega-3’s and DHA.

That night, in addition to starting my research to help heal my daughter using a plant that I believed my whole life was “dope,” I stopped trying to figure out how my children survived that wreck and accepted the miracle in it all.

At 2 a.m., I cried out “Thank you God for protecting my children and sending an army of angels to help get them to safety.” Once I stated those words out loud, I was able to rest a little bit and fell asleep. My son said that I woke him up, because I was sleep talking so loud, he was worried about the nurses coming in. He said, “Mom you were yelling, Oh my God, Oh my God . . .”

The next morning I was anxious to talk to the doctors about my findings and information about both CBD and EFA’s. It was not a welcomed discovery; in fact one doctor actually told me that those substances would cause bleeding on the brain.

I struggled with what they told me, but my “mommy protective instincts” drove me to continue my research. I reached out to Dr. Michael Lewis from the Brain Health Education and Research Institute. He’s an expert in brain injury and recovery.

Dr. Lewis validated my intuition and stated very factually that “No, you will not be harming her, you will be helping her.”

My daughter and son were released after 2 nights in the hospital – but I knew that I had a long road to recovery with Sydnee. I found hemp derived CBD oil and started her on it, along with higher doses of her EFA’s, four days after the accident.

I maintained her follow-up doctor visits and continued my research. I was told that the blood that filled both of her eyes would take 3-5 months to go away, I was also told that she would have all sorts of side effects such as depression, anger, brain fog, and mood swings. Doctors also told me that she might have a permanent learning disorder. I would cry when I was alone, thinking about my bright and beautiful daughter’s potential future.

I was not going to accept the prognosis the doctors provided and neither was she. I was on fire about what I was learning about CBD and the cannabis plant. I heard one doctor emphatically state during a podcast that, “Cannabis is the most healing plant that God put on this earth.” I was inspired.

My daughter was already recovering much quicker than expected and the blood in her eyes was gone within weeks. It all started to make sense to me when I learned about our endocannabinoid system and the receptors we have throughout our body. She also never suffered from depression, anxiety, or anger. Once she started on the CBD oil, she no longer required drugs like Ibuprofen for pain.

I stopped taking her to any of her physical therapy appointments because when I asked the therapist about nutritional support for the brain, she knew nothing about it. When I asked her about the protective and healing components of CBD oil, she looked at me with disdain, like I was some sort of drug dealer.

She missed a month of school and the principal told me that she would probably have to repeat her freshmen year and most likely would not continue her pathway of being in advanced placement classes with a 4.0 GPA. He based his opinion on what he had seen historically with other students.

She started back part time and her progress was nothing less than amazing. She took her final exams in May – and got A’s on all of them. The school nurse was intrigued by her progress.   I shared my newly discovered information in hopes that she might be a vessel of hope to other students suffering from a TBI.

We continued her in-home nutritional therapy and included daily walks that slowly got longer and more challenging for her. In the fall, I took her back to her primary concussion doctor and she was surprised at the fact that Sydnee had fully recovered and had never really suffered from the long-term side effects that most people experience after a brain injury. I just smiled and nodded my head and asked her to sign a release for her to participate in school sporting activities.

Looking back, it’s amazing to me how God could turn my grief into His glory and how something as horrible as that accident, began my journey to learning more about one of the most healing plants on this Earth. My journey to learn, grow, and inspire others about the healing and health that can be associated with the cannabis plant will continue. 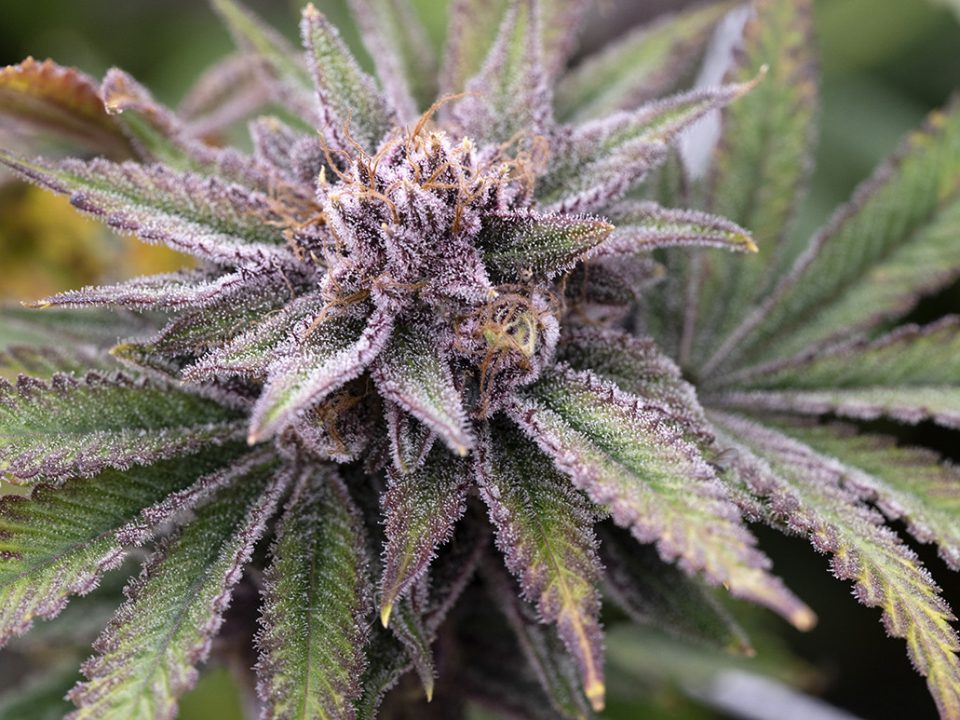 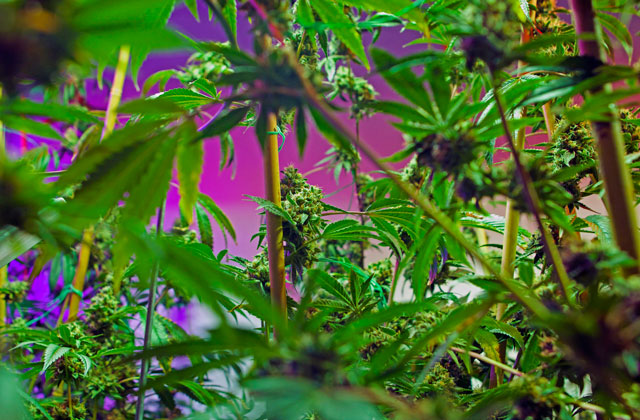 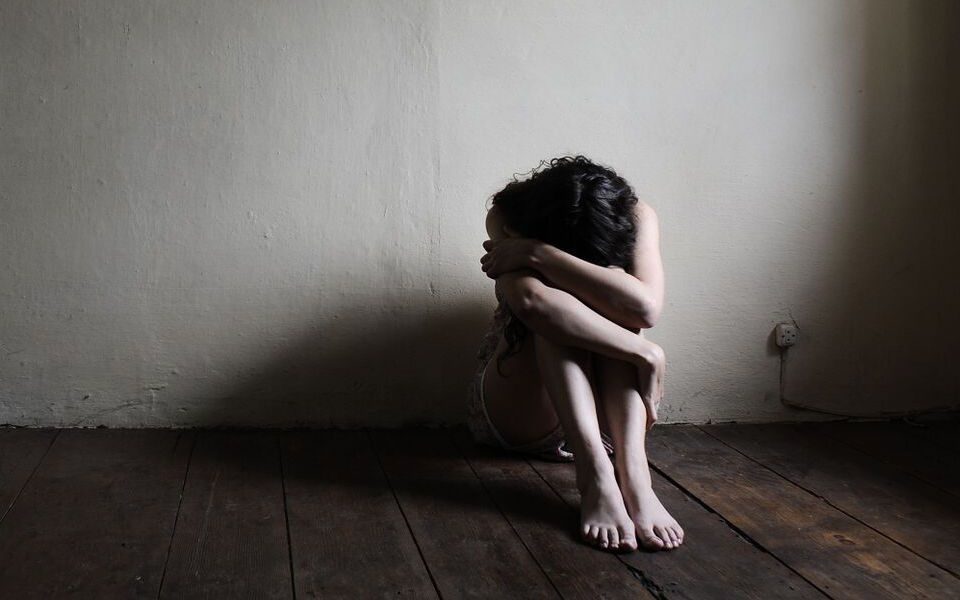